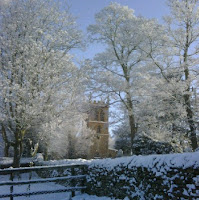 Open the curtains, snow on the ground
A picture of winter, whiteness abounds
Pulling on boots, wrapped up tight
Air clean and crisp, sky clear and bright

Making some footsteps, the first in the snow
No visible footpaths, which way shall we go
Making patterns, walking around
Everything’s sleeping, can’t hear a sound

Woohoo it’s a snow day, what games shall we play
Jack Frost has been busy, how long will he stay
We have to get out, get into the snow
For tomorrows too late, and it may just all go

Forming a ball, from fresh white snow
Pushing it round, watching it grow
Bigger and bigger, keep going while we can
This ball is the body for a big snowman

Putting him together, we just can’t stop
A big round body, a snow head on the top
Finding some twigs, for arms they will do
A carrot for his nose, stone eyes, one and two. 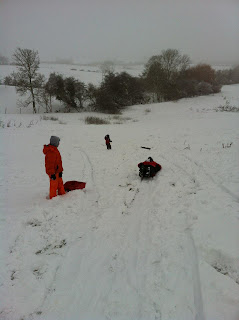 Grabbing the sledge, heading to the hill
Looking for fun, looking for a thrill
First on the slope, a clear run of snow
Sliding down fast, as fast as it’ll go

More come and join us with all manner of rides
From tin trays to plastic; anything that slides
Everyone’s running to get up some speed
The slides getting faster, getting faster indeed

The first one hits hard, showering me with snow
The second one is fast, but now I do know
Ducking and diving, running for cover
Gathering snow, ready for another

Forming a large ball, using the snow
Taking aim and ready to throw
Arm right back, launching into the air
It lands with a crash, covering their hair

Building the walls from snow all around
Forming a circle that’s perfectly round
Higher and higher the snow walls do go
Everyone’s helping, helping it grow

Cutting a hole for a window or two
Making a door that we can squeeze through
We’re building a house, a house with a view
It’s coming together, our little Igloo

Heading back home, all tuckered out
Pulling our sledges, still snow all about
Legs are so tried the trip back is slow
Gloves are all wet from our play in the snow

Cheeks are all glowing; feet are like ice
Even two pairs of socks just didn’t suffice
Still smiles on our faces; it’s been real fun
With snow on the ground, who needs the sun

Woohoo it’s a snow day, what games we did play
Jack Frost had been busy, we’re so glad he stayed
Now back into the house where it’s cosy and warm
Hot chocolate in hand, watching snow fall